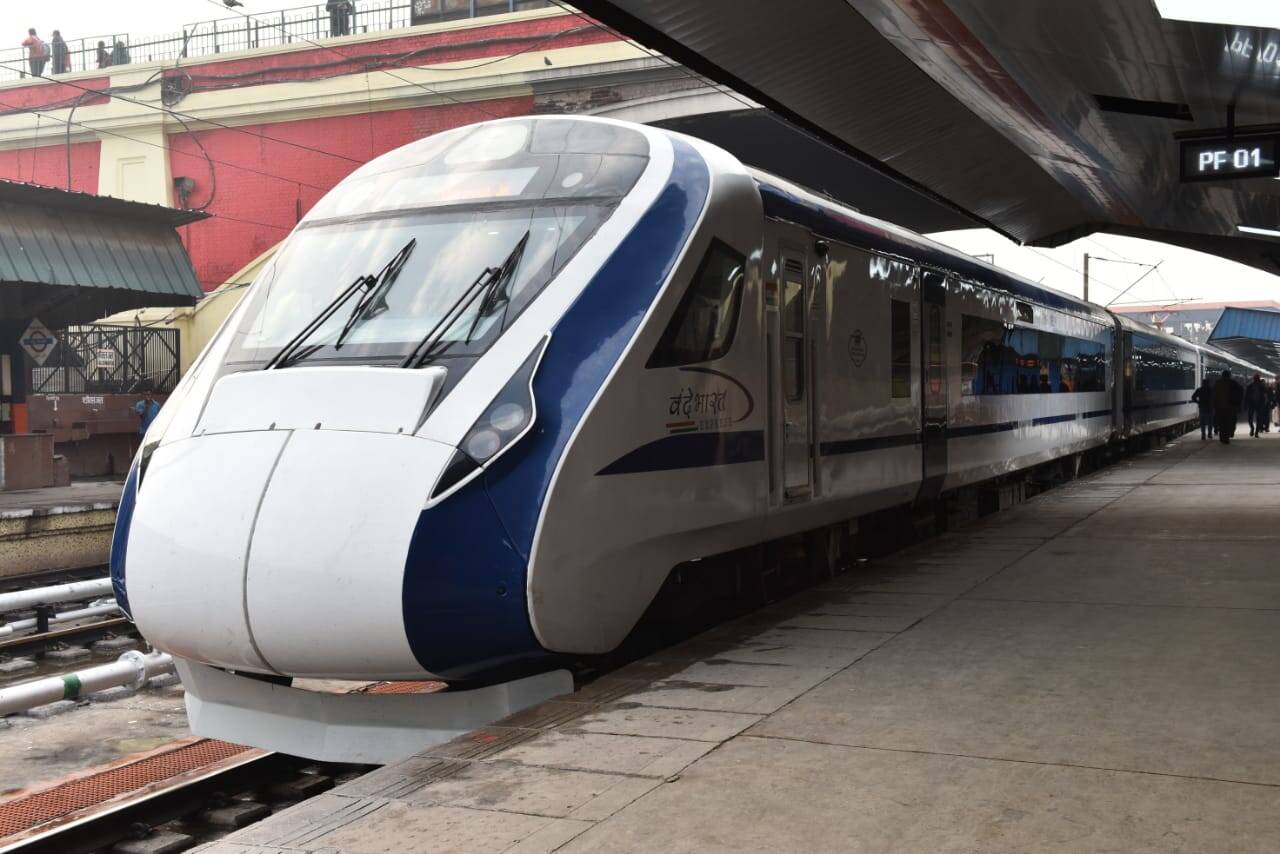 Vande Bharat Express or Train 18 is India’s first domestically designed and produced electric train, which was developed as part of the Make in India localization program by the Integral Coach Factory (ICF) in Chennai, a manufacturing division of Indian Railways. Currently, 2 such first generation trains built in 2019 are operating in the country. Their design speed is 160 km/h, but due to the  infrastructure limits, currently the operating speed of Vande Bharat Express is 130 km/h. Inside the first generation of Vande Bharat EMU. Source: livemint.com 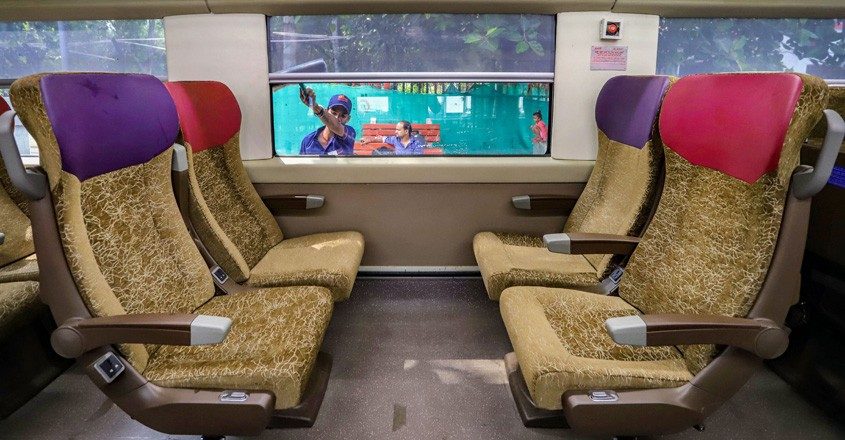 Inside the first generation of Vande Bharat EMU. Source: www.onmanorama.com

As of today, Indian Railways has awarded contracts for a total of 102 Vande Bharat trains to be completed by June 2024. The first 44 second-generation EMUs are produced by the operator at ICF, RFC in Kapurthal and MFC in Rai-Bareli. Also, 26 more trains are to be produced by the privately-owned Medha Servo Drives (MSD).

In August and September, two new second-generation Vande Bharat trains, produced at the ICF plant, are due for testing. As to ICF CEO Ashok Agarwal, at the moment the cost of one train production is between 1.1 to 1.2 bln RS ($14-15 mln USD), but it will be lower with an increase in production volumes.

At the same time, Indian Railways plans to further develop the national production of electric trains. Significant funds have been allocated from the state budget for the development of Indian railway transport, which are planned to be directed, among other things, to the construction of other 400 Vande Bharat trains of new generations.

A competition for the supply and 15-year maintenance of other 200 Vande Bharat trains, but now in the third generation, was published by Indian Railways in April this year. The train will also have to accelerate to 160 km/h, but will include one sleeping car. In addition, it is planned to equip it with a system for monitoring the technical condition of electrical components in real time. It is stated that lighter bogies, new transformers and electric motors will be developed for the third generation.

Recently, the summing up of this competition was postponed from July to October, as interested companies asked for more time to evaluate investments in the project and prepare proposals. Totally, 15 companies expressed their desire to participate in the tender, including Alstom, Siemens Mobility, CAF, as well as Indian Medha Servo Drives, Titagarh Wagons, Bharat Heavy Electricals, Jupiter Wagons, Texmaco and others.

The tender documents also include a requirement for the production of rolling stock at factories owned by Indian Railways (ICF and Marathwada Rail Coach Factory in Latura). The customer also obliges the winner of the competition to modernize these production sites. The winner will have 82 months (6.8 years) to deliver rolling stock, while the start date for deliveries is not specified in the documentation. Production of the Vande Bharat EMU of second generation at the Integral Coach Factory. Source: indiatimes.com 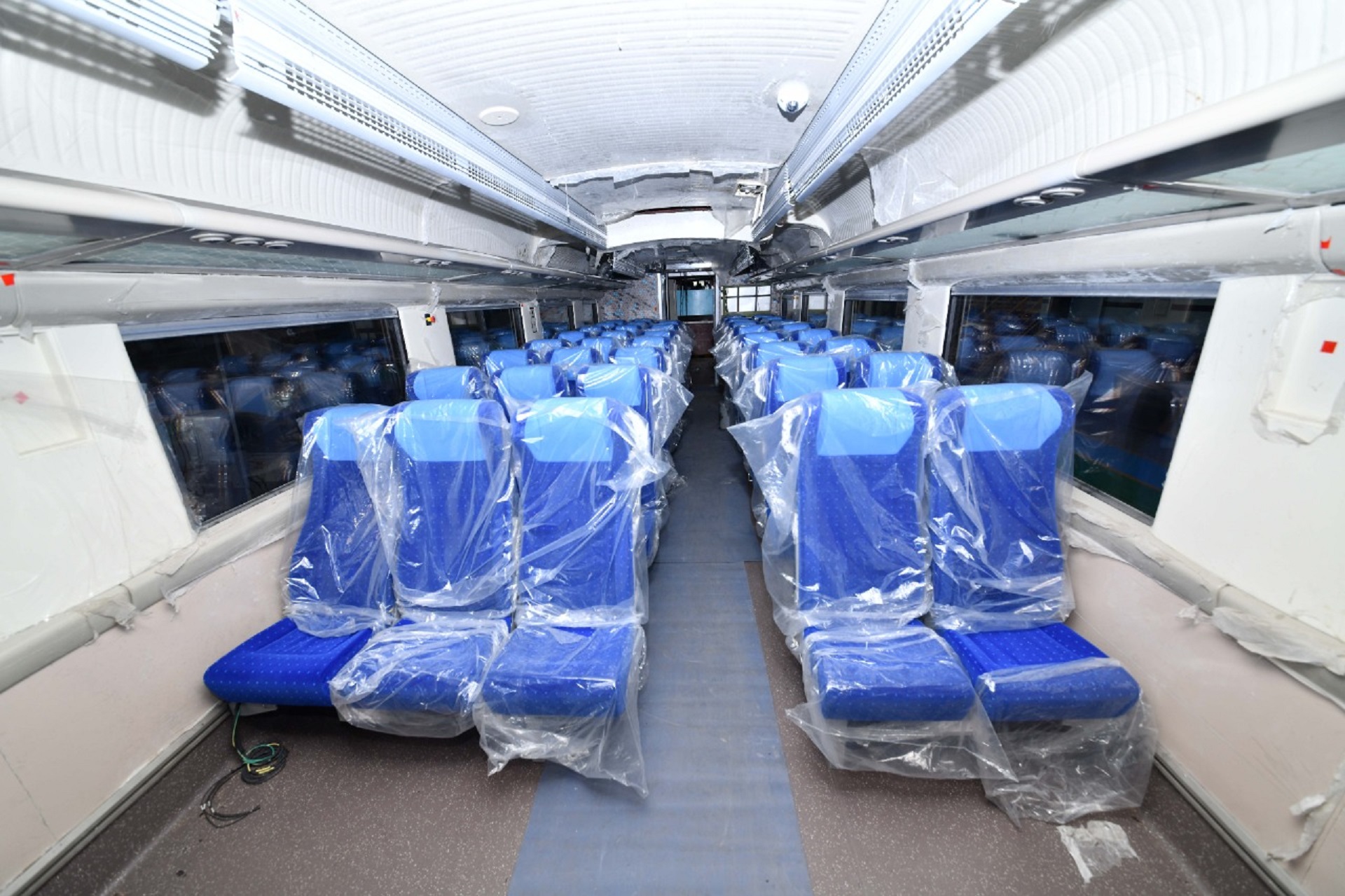 The interior of the first Vande Bharat EMU of second generation at the Integral Coach Factory. Source: RightInfra, twitter.com

In a comment to the Moneycontrol portal, a spokesman for the Indian Ministry of Railways said that the state authority expects a prototype to be build and launched into mass production within 18-20 months (the same amount of time it took to develop the first generation of Vande Bharat EMU).

The recently announced competition for the supply of the fourth generation Vande Bharat is divided into two lots of 100 trains each. It is assumed that these trains will also be equipped with sleeping cars, but at the same time they will have a maximum speed of 200 km/h, and the body will be made of lightweight aluminum alloy.

In the first year after the conclusion of the contract, at least 30 trains must be delivered to the customer, in the second year – at least 40, in the third and subsequent years – at least 50. The tender also includes a provision for maintenance of the rolling stock for 35 years to be arranged at depots in Delhi and Chennai. The announcement of the tender winner is scheduled for November 25th.

One of the mandatory requirements prescribed in the tender documentation is the production of rolling stock at the Naveenikaran Karkhana plant in Sonipat (owned by Indian Railways). The winner needs to modernize this site by increasing its production capacity. At the same time, in the first year, it is allowed to produce prototypes and 15 trains at own sites in India.

In a comment to Moneycontrol, several government officials said that the design of the trains planned for delivery under the first and second lots will differ. The first batch will have distributed new power supply system, and the second batch will be equipped with articulated bogies.

It is assumed that the third and fourth generation Vande Bharat will be 15-20% more expensive in terms of cost compared to their predecessors. The deadlines for the production and deliveries of new EMUs are criticized by former ICF CEO Sudhanshu Mani. According to his estimates, the creation of a new generation of Vande Bharat will take about 2 years, and the production of all 400 electric trains under the latest two tenders will take at least 5-6 years, which is contradicts the government’s plans to fulfill contracts over the next three years.