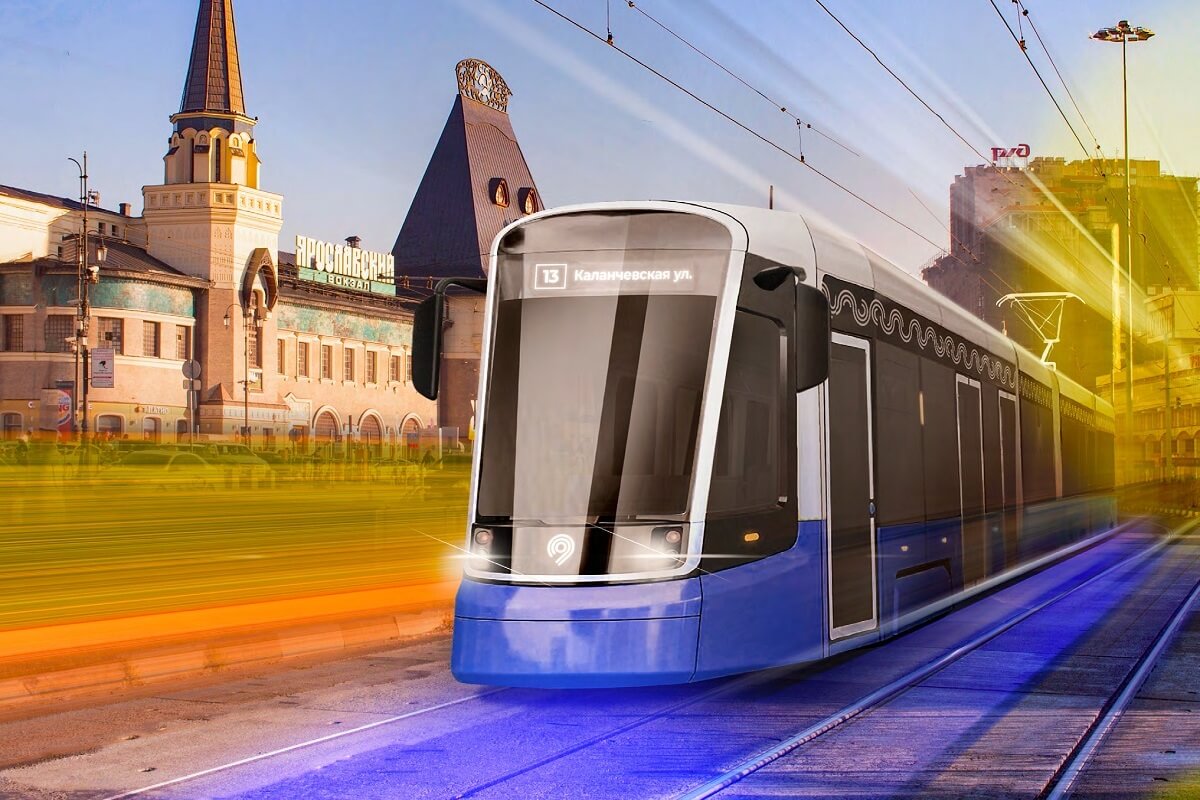 Russia: Sinara Transport Machines (STM) plans to introduce a tram prototype in 2023. The preliminary work results obtained in partnership with the Skoda Group will be implemented in the tram.

STM informed the Fontanka media about the continuation of work on the three-car low-floor tram project. In response to a request from ROLLINGSTOCK, the company clarified that supposes to implement a bogie of its own design in the vehicle, too. Earlier, at SPIEF in June this year, the Director of the Urban Transport Division at STM Nikolay Pronin pointed out that the tram will be based on the results of the preliminary work already done in partnership with the Skoda Group.

To enter the Russian tram market, STM established a joint venture with Skoda Group in 2019, and in 2020 the manufacturer acquired a stake in the Vagonmash plant in St. Petersburg. The trams under development were considered, among other things, for deliveries to Moscow. But in the future, taking into account the deadlines of deliveries, STM chose a Russian partner, the Ust-Katav Car-Building Plant (UKCP). Later, in November 2021, the contract was terminated by the city. During the operation of the Sinara-Skoda joint venture, there were challenges in the supply of components against the backdrop of the Covid-19 pandemic, a significant alienation between Russia and the Czech Republic, and in March 2021, the owner of Skoda Transportation Petr Kellner died. Now the Czech authorities are one of the supporters of the toughest sanctions against Russia for its military actions in Ukraine.

STM indicates that together with Skoda they made a mutual decision to terminate joint Russian projects and completed the necessary official procedures. According to Fontanka, STM left the ownership of the Vagonmash plant (50% is retained by Skoda). The Sinara-Skoda joint venture was renamed into the City Tram company (its team continues to develop the tram), and the Skoda Group itself has already left it.

Recently, Sinara has signed an agreement with the Krasnodar region government bodies for the concession project to develop and operate a 35.6 km tram system in the region’s capital. The purchase of 100 low-floor trams is announced for Krasnodar. Also, STM declared in September that it is ready to purchase 61 new three-car trams for another tram system concession project, in Rostov-on-Don, that is currently under negotiations.