Pesa has announced a new range of rolling stock

Poland: The company presented the concepts of Premium high-speed trains, biodiesel modification of Regio 160 trains, and also announced work on a new generation of Gama2 locomotives.

The concepts of new vehicles were presented by the manufacturer at InnoTrans 2022 in Berlin. Thus, the company is working on the development of an electric train for speeds over 250 km/h named Premium. Computer simulation of the running gear operation is underway, and the design of bogies has been ordered from a third-party organization. At the same time, Pesa stated in 2021 that bench trials of running systems at speeds higher than 300 km/h took place, too. Krzysztof Zdziarski, President & CEO of Pesa, said then that company was ready to introduce them into mass production.

Pesa plans to offer the Premium trains for deliveries as part of the national Solidarity Transport Hub project, which includes the construction of 2,000 km high-speed rail lines. So far, the procurement procedures have not been announced, as well as the possible volumes of deliveries. Currently, design work is underway, and the start of construction is planned after 2023.

Earlier, pre-competitive consultations started in the country both with Pesa and other players – Alstom, CRRC, Siemens Mobility, Stadler, Hitachi Rail, Hyundai Rotem, Talgo and Poland’s Newag. Pesa said in 2019 that it was ready to establish a consortium for the development and production of high-speed trains if its deliveries were required within short timeframes.

The render of the Premium high-speed train interior. Source: Pesa

It is worth mentioning that the general directors of Polish manufacturers went on a business trip to Japan. According to Maciej Grzeszkowiak, Head for Strategic Projects and Communications at Pesa, the possibility of cooperation in supplying components for a high-speed train was discussed with local companies during the trip.

In addition, Pesa has expanded the range of modifications to the Regio160 regional train platform, which is planned to be introduced in 2026. Pesa first announced the development of a new platform in 2021, with trains expected to be modular, allowing clients to customize interior and traction options. The previously announced electric trains, diesel trains with a Stage V engine, and battery and hydrogen vehicles will be joined by a modification with a biofuel engine based on hydrotreated vegetable oils (HVO). 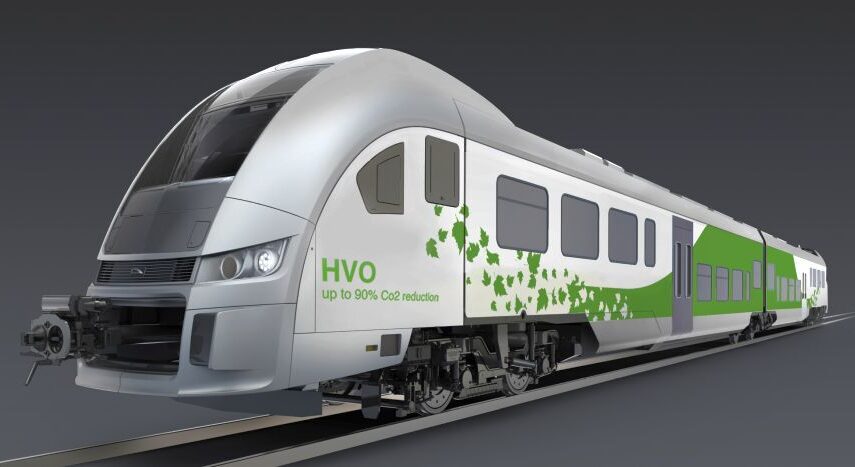 The concept of the Regio 160 train with a biodiesel engine. Source: Pesa

In turn, according to Vice-President & CTO of Pesa Jacek Konop, the project of the new Gama2 locomotive involves the unification of all the technologies that were previously integrated in the serial production of the first generation of Gama locomotives. Pesa has been producing them since 2012, and so far, 60 of these vehicles have been delivered to PKP InterCity, Koleje Mazowieckie and Pol-Medź Trans, as to the Rynek Kolejowy media.

Pesa expects Gama2 to help the company expand into foreign markets. To achieve this target, the new locomotive platform includes a max speed of up to 200 km/h and modifications for various traction: a multi-system electric locomotive (different types of current and voltage), a diesel locomotive with a Stage V level diesel engine, and a hybrid vehicle (catenary + diesel). 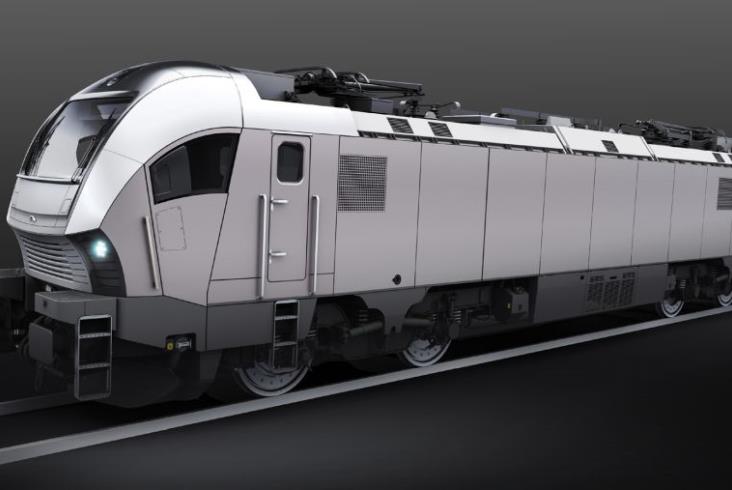 The concept of the Gama2 locomotives. Source: Pesa

Pesa is currently conducting final tests of its SM42-6Dn hydrogen shunter in Žmigrud, which was also shown at InnoTrans. According to Jacek Konop, the company will apply the experience gained from the development of the SM42-6Dn to the development of its new hydrogen fuel cell locomotive, which will receive a new body, and the latest technological solutions will be used in the vehicle.