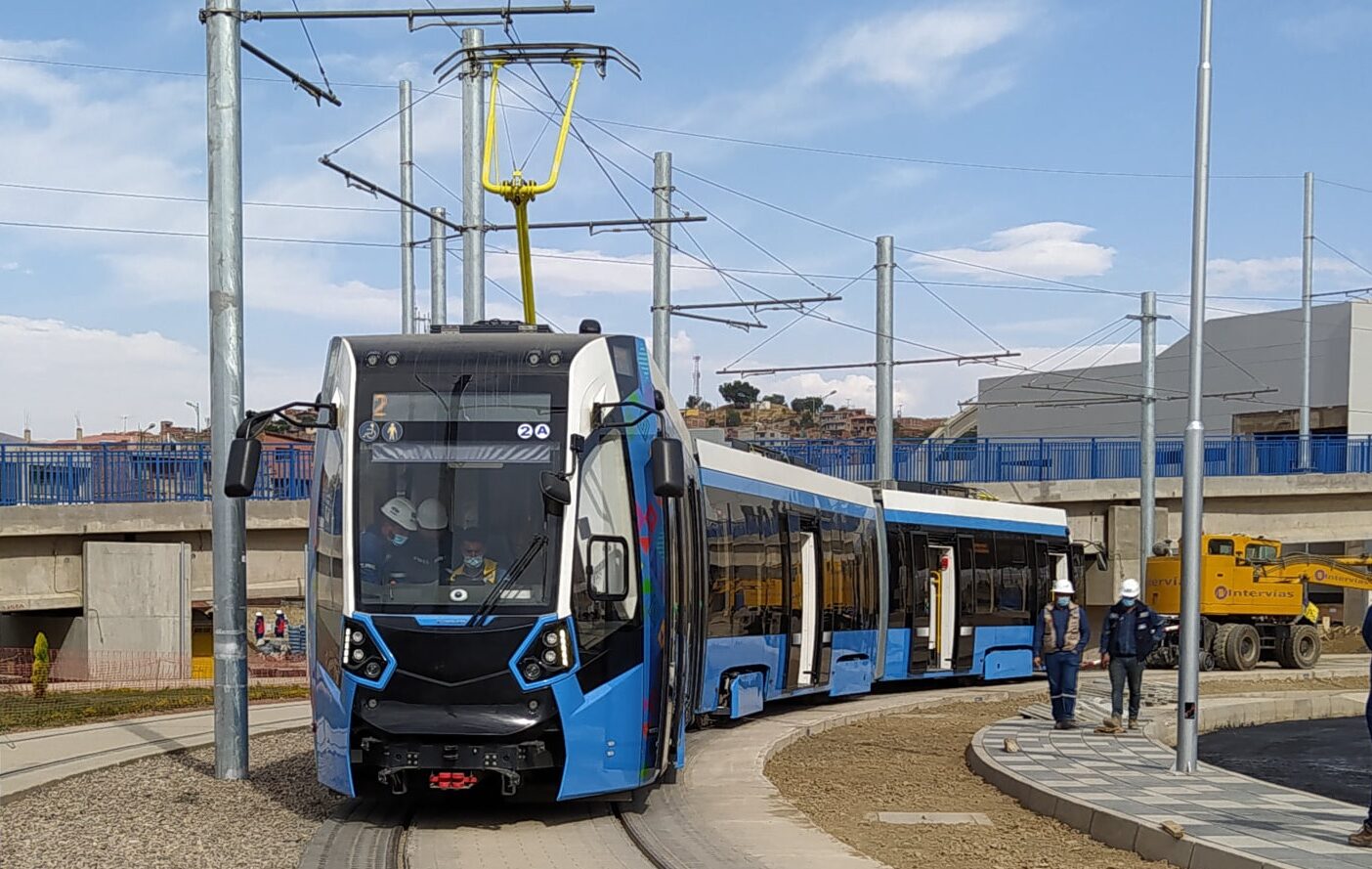 Bolivia: Several tram lines were put into commercial operation in the city of Cochabamba in mid-September after a two-year delay. A fleet of 12 three-car B85601M Metelitsa trams was provided for the Mi Tren project by Stadler.

In 2017, Molinari Rail and Joca Ingenieria y Construcciones created the Asociacian Accidental Tunari consortium to implement the Tren Metropolitano de Cochabamba project to build 3 tram lines with a total length of 42.3 km with 42 stations. Stadler received a contract from a consortium for the supply of 12 trams in 2018.

The supplied rolling stock is based on the 853 Metelitsa low-floor tram model that was developed by Stadler jointly with the United Institute of Mechanical Engineering of the Belarusian National Academy of Sciences with a focus on the CIS market. Its serial production was launched at the Stadler’s site in Belarus, and the major batch of 23 trams was delivered in 2017-2018 to St. Petersburg as a part of the Chizhik private concession project.

Stadler delivered the first tram to Bolivia in August 2019. However, after a few months, the entire Cochabamba tram system project was frozen by the country’s new president, Jeanine Anez, for a “general audit”, and payments to contractors were stopped. A year later, Anez was replaced by the new head of the Bolivian state, Luis Arce, and construction continued. According to Trenes.Online, Stadler handed over all the remaining trams at the end of 2020.

Currently, the Mi Tren light rail system of Cochabamba has two lines with a total length of 32.5 km and 31 stations in operation. Another line is to be launched later. The total cost of the project amounted to approximately €511 mln.

The key features of the B85601M Metelitsa tram for Cochabamba are the enlarged middle car and the ability to operate on lines with a gauge of 1,435 mm. The total length of the tram is 34 m, its width – 2.5 m, height – 3.6 m (without pantograph), capacity is 376 passengers, and its maximum speed is 60 km/h. The frame of the tram is made of low-alloy steel and sheathed with fiberglass parts and aluminum panels, which contributes to increased service life and ease of maintenance, as to Stadler. The tram is driven by four air-cooled electric motors.