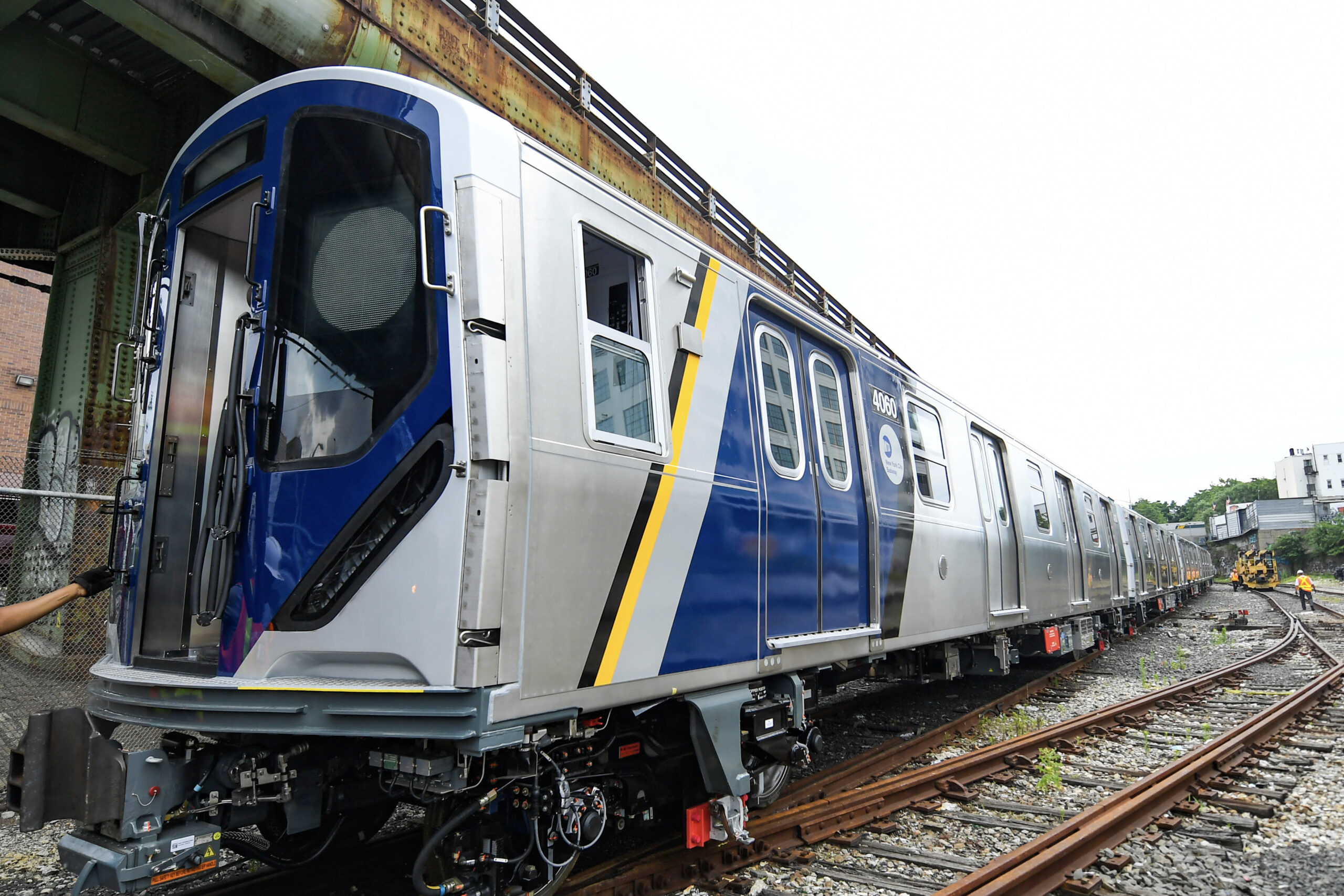 USA: A $1.7 bln option would expand a 2018 contract with the MTA metro operator of New York to deliver 1,175 next-generation R211 series cars worth $3.2 bln. However, Kawasaki announced in the summer that the delivery of the first trains under the basic order was delayed by 1.5 years. MTA expects that the deadlines will be further shifted. A number of technical parameters of the new rolling stock are still under question.

The production of new trains will be launched at two Kawasaki Rail plants in Lincoln and Yonkers, USA. The stainless steel bodies will be made and fitted with internal equipment at the Lincoln site, with final assembly and functional testing performed by both facilities. The rolling stock is scheduled to be delivered to New York in 2025-2026.

Kawasaki competed with a consortium of Bombardier Transportation and CRRC, as well as with Alstom to be awarded the contract by MTA. However, the Bombardier-CRRC consortium was suspended from participation in the tender just before the winner announcement. Earlier, Bombardier delivered R179 series trains to MTA with a two-year delay and a number of shortcomings.

The basic contract signed between Kawasaki and MTA at the beginning of 2018 provides for the delivery of the R211 series trains in three modifications. So, New York should receive 2 R211T ten-car experimental trains with inter-car gangways. Other 110 four-car R211A trains are to partially replace the fleet of 750 R46 series cars produced by Pullman Standard Company in 1975-1978. Also, 15 five-car R211S trains are expected to replace the remaining fleet of 61 R44 series cars produced by St. Louis Car Company in 1971-1973 for the Staten Island Railway urban rail line.

The length of the R211A four-car trains will be 73.4 m, the width – 3 m, the height – 3.6 m. Each car on both sides will be equipped with four doors 1473 mm wide, which is 203 mm more than the current fleet. This should allow to reduce the time of boarding and alighting by 32%. The train will be equipped with the Alstom OPTONIX traction system, which should allow it to reach an operating speed of 89 km/h and to have an acceleration of 1.1 m/s2. In addition, the rolling stock will be equipped with the CBTC train traffic control system and a technical condition monitoring system capable of detecting issues in the operation of brakes and doors. 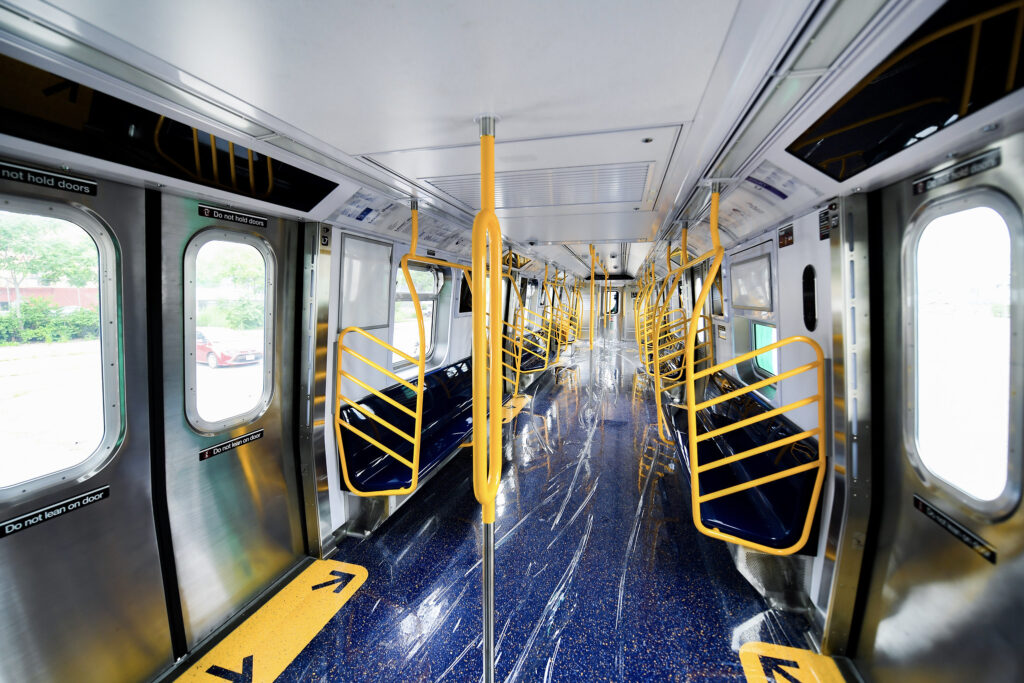 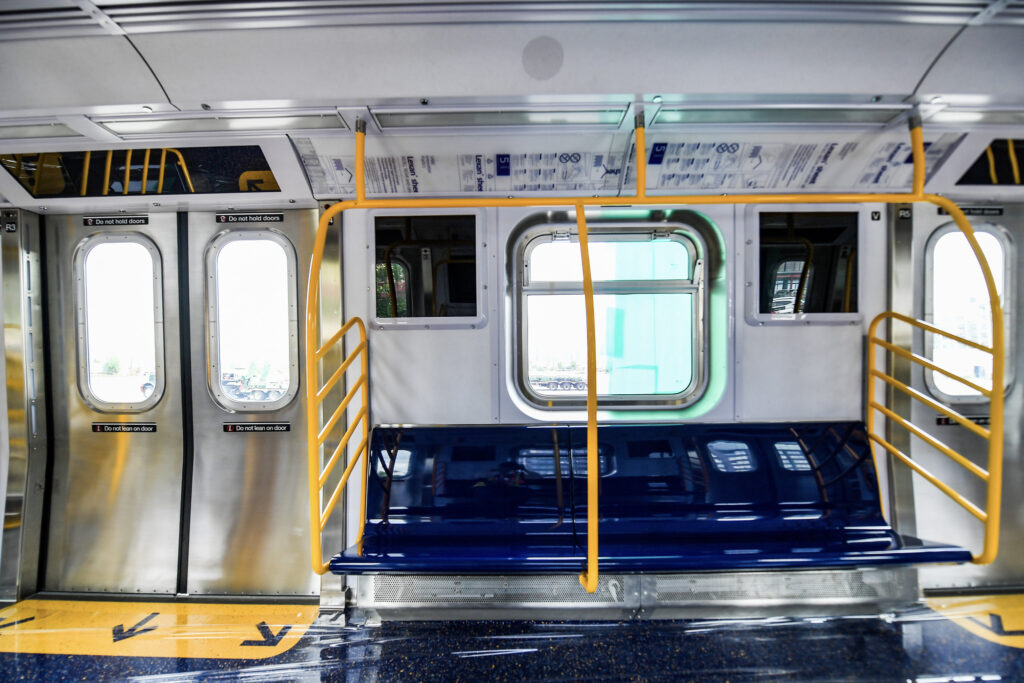 Interior of the R211T experimental train. Source: Marc A. Hermann/MTA

R211A and R211S modifications of the Kawasaki metro trains will be delivered without inter-car gangways. MTA expected to test two experimental trains with through passages and to clarify the implementation of gangways in options for the new trains according to trial results. However, the first R211T prototype was delivered last summer and its tests are still underway, while the delivery of the second such train is expected only in 2023. Therefore, Kawasaki does not disclose whether the cars ordered by the option will be equipped with inter-car gangways.

The timing of the delivery remains uncertain as well. Although Kawasaki mentions 2025-2026, the delivery of the base order has already been postponed twice. The delay was first announced in March 2021 and the company stated production issues related to the COVID-19 pandemic as the reason for it.

The second shift became known in June this year. The delivery of the second R211T experimental train was postponed from December 2021 to February 2023, and the start of the deliveries for the remaining trains was also rescheduled from September 2022 to June 2023. All 535 cars are planned to be delivered in October 2024. However, Joseph DeVito, program manager of MTA’s Independent Engineering Consultant and senior vice president at The McKissack Group, believes that the entire delivery could be delayed by 6-9 months more. This time, Kawasaki explained a shortage of workers at the Lincoln plant as the reason for the delay.

In addition to the exercised option, the contract between MTA and Kawasaki includes another option for 437 cars more, which has not yet been exercised. In this case, the total volume of the deal could increase to 1,612 cars worth $4.1 bln USD and make it the largest rail rolling stock contract for Kawasaki. In total, the company has already delivered more than 2,000 metro cars to New York since receiving the first order for R62 series trains in 1982.

The exercise of the option by MTA was announced amid the gradual Kawasaki trains return to service in another city of the US, in Washington. The 7000-series vehicles were temporarily taken out of service due to repeated wheelset derailment incidents. In January, Kawasaki declared it would acquire technology to automatically measure wheelsets to prevent such issues in the future. At the moment, 694 out of 748 cars have been returned to operation. It is stated that since June they have passed inspection more than 72,000 times and traveled more than 4.8 mln km.