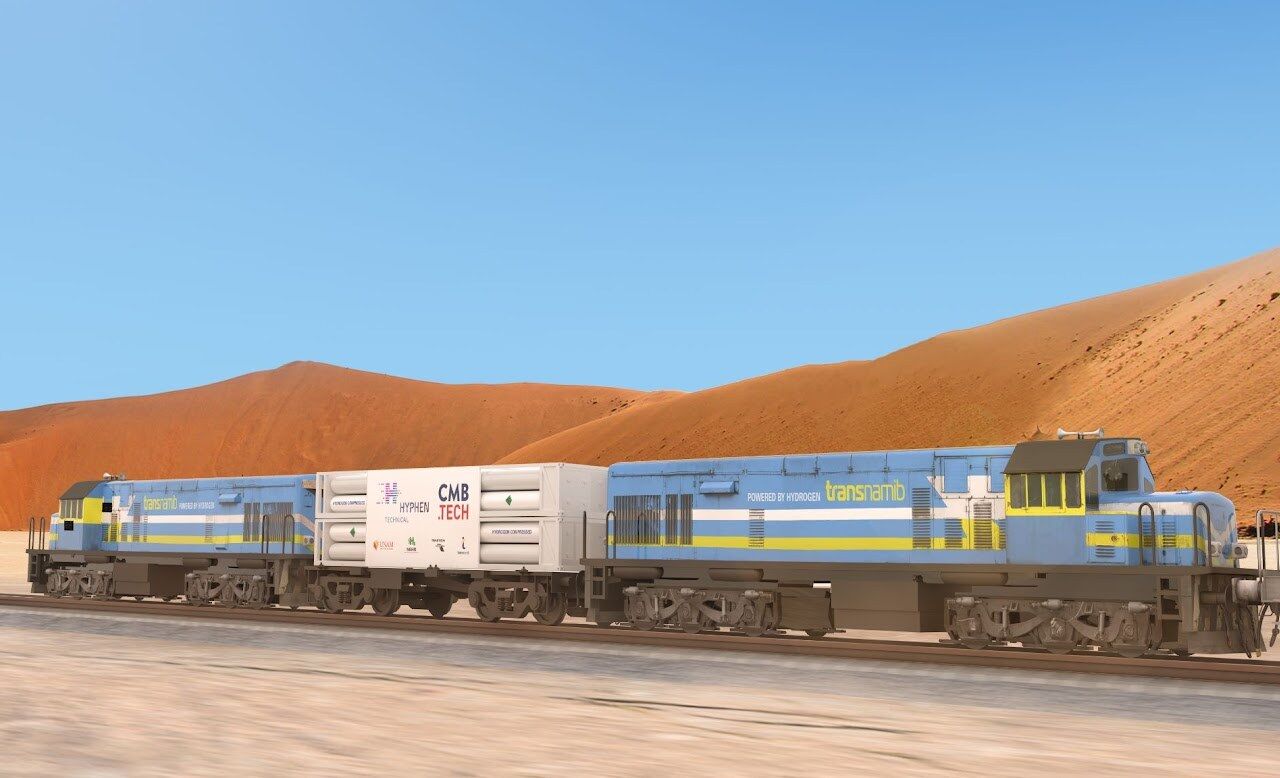 Namibia: This is the first such project in Africa. Its first stage includes the conversion of two GE diesel locomotives of TransNamib’s fleet to dual-fuel combustion of diesel and hydrogen.

The project is called HyRail Namibia and is launched by the consortium led by the Hyphen Technical investment company. Additionally, a hydrogen storage rail car is to be developed. A corresponding €7.6 mln grant was received from the German Federal Ministry of Education and Research (BMBF) to support HyRail Namibia. The rolling stock is planned to be implemented within 18 months.

The locomotive prototypes will be constructed at the Traxtion Rail rolling stock maintenance site in Rosslyn, South Africa, then moved to Namibia for operation by TransNamib. Also, Traxtion Rail is to maintain locomotives and provide training for TransNamib staff. Currently, a hydrogen plant near Walvis Bay, a major port of Namibia, is being built as part of this project, too.

The hydrogen combustion technology is provided by CMB.Tech from Belgium. As to its website, hydrogen is mixed with diesel in the engine, and a minimum amount of NOx and CO2 remains after combustion. CMB.Tech declares that such technology allows reducing emissions by 60 to 90% depending on the load and the engine type. Also, CMB.Tech states that in comparison to fuel cells such a combustion engine is cheaper, more reliable and can be scaled to a megawatt level of power.

Nambia is interested to start exporting green hydrogen by 2025. The country declares that it has optimal conditions for wind and solar energy to produce green hydrogen. The HyRail Namibia is a part of the actions to support green hydrogen production in Nambia, and so the entire TransNamib fleet is planned to be converted in the future.

The development of a similar project was announced in early October by Deutsche Bahn and Fortescue Future Industries, a division for innovative technologies of the Australian Fortescue Metals Group. The companies signed a Letter of Intent to modify diesel engines for locomotives and traction vehicles so that they can be operated with ammonia and hydrogen. The technology will use a so-called cracker from the Stuttgart-based company Ammonigy. This cracker splits a small part of the ammonia outside the engine into hydrogen and nitrogen. The hydrogen produced in this way is then mixed with the remaining ammonia as an ignition gas and ensures CO2-free combustion. The first prototype of the engine is currently being tested on an engine test bench.

Other projects of hydrogen locomotive traction are aimed at completely removing combustion engines and replacing them with fuel cells. Thus, such projects are currently in progress by CP Rail in Canada and Talgo in Spain. Also, the project to convert the C36 locomotive by GE to fuel cell traction was announced by Operail in Estonia.

In 2021, Pesa converted the SM42 diesel locomotive to fuel cell traction: this SM42-Dn locomotive was presented at InnoTrans this year. Additionally, CRRC unveiled its 700 kW shunter prototype in 2021 – its traction system includes fuel cells and batteries. 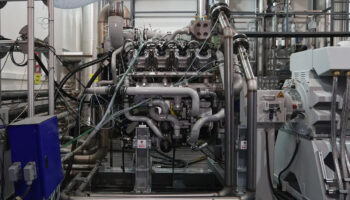 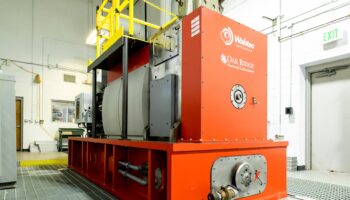 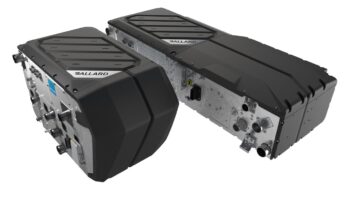 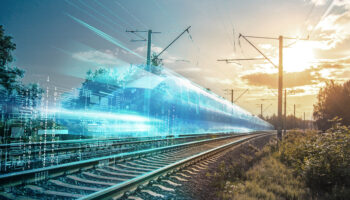