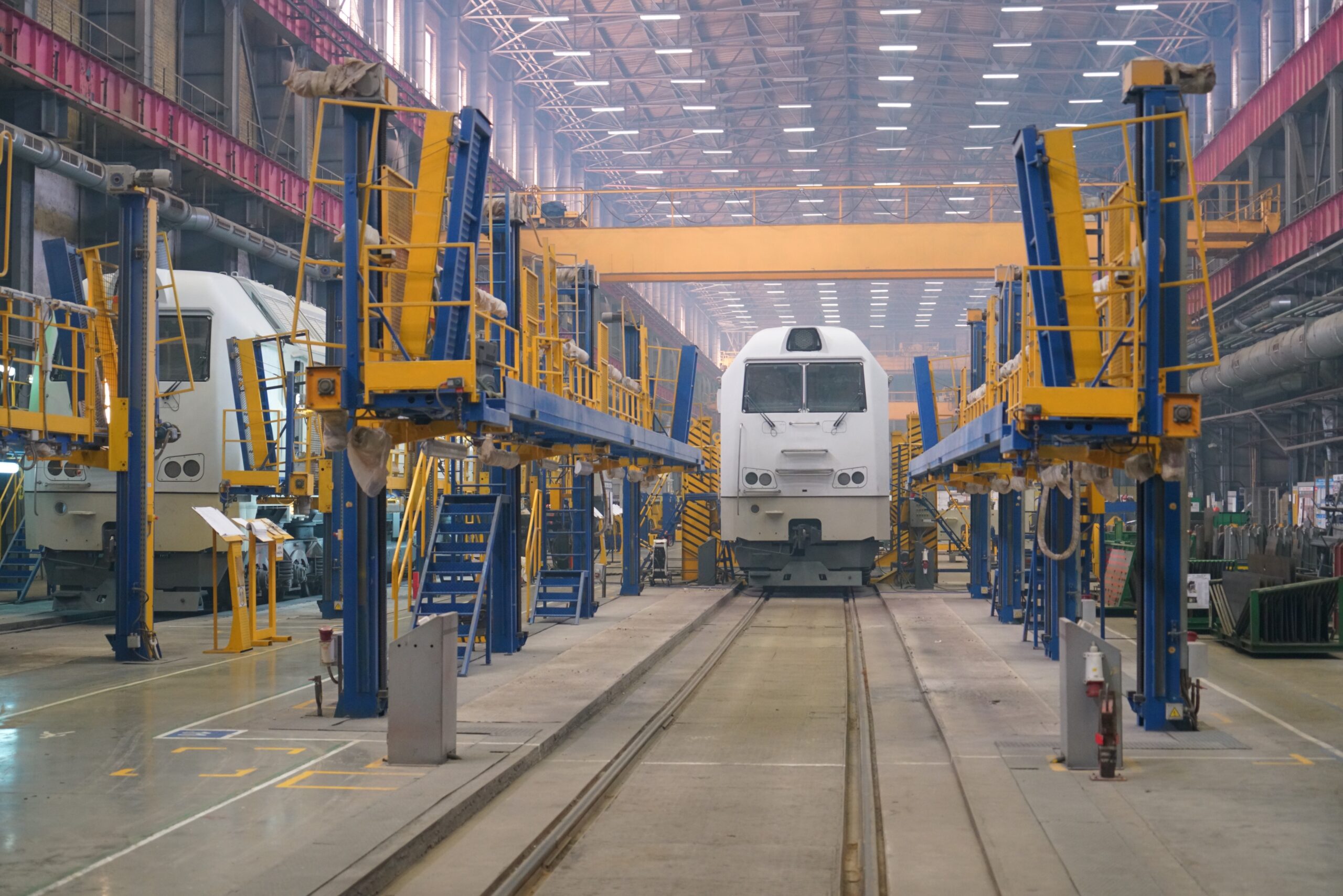 Russia: Manufacturers were approved by the state Industrial Development Fund (IDF) to receive 8 preferential loans worth 11.5 bln RUR ($180 mln USD) to develop the previously imported components and to increase production.

As Deputy Prime Minister of the Russian Government, Minister of Industry and Trade Denis Manturov notes, another goal of the provided funding is to ensure the stable operation of the rolling stock production. The total budget of the projects should amount to 14.5 bln RUR ($230 mln) including the private investments. According to TMH CEO Kirill Lipa, as a result of the supported projects implementation, localization for several railway vehicles will reach 100%.

The preferential loans by IDF are distributed as follows:

1️⃣ Two loans worth 5.2 bln RUR ($81 mln) for the TMH-Electrotech subsidiary. It is planned to increase the production of asynchronous traction motors for mainline locomotives by 35%, up to 5,700 units per year, as well as an increase the production of electric motors for electric trains and metro cars with an output of 2,700 units per year. In 2019, TMH obtained the conformity certificate for the DTA-1100 asynchronous electric motor to use it in 2ES5S and 3ES5S electric locomotives. This year, TMH started serial production of DTA-200T asynchronous motors for the TEM23 shunting diesel locomotives. In April, TMH-Electrotech stated that they were working on the antifriction bearings substitution project. It was stated that this is the only imported element in their motors that already consist of 99% Russian-made components.The current annual capacity allows TMH-Electrotech to produce more than 4,000 traction motors. 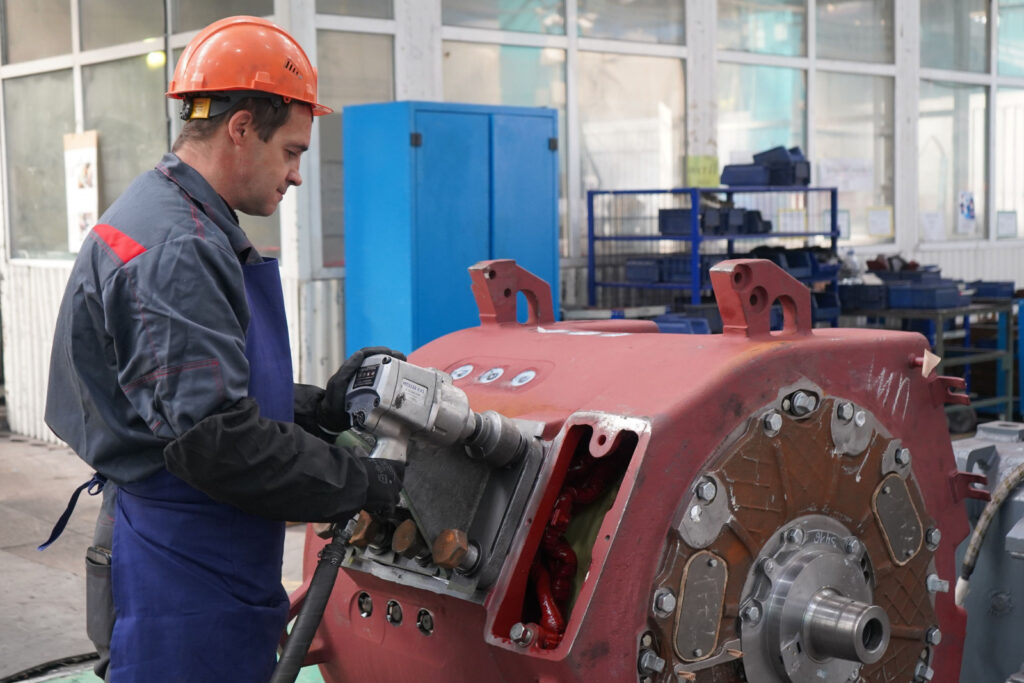 2️⃣  1.58 bln RUR ($25 mln) for Tver Carriage Works (TVZ). Finduing will be used to improve the level of rolling stock components localization, as well as to launch the production of an updated model of a multiple unit train and new models of locomotive-hauled passenger coaches. In April, TVZ received a certificate of conformity for the serial production of new-generation EGE2TV “Ivolga 3.0” EMUs, they are planned to be supplied for operation at the Moscow Central Diameters. Also, in work under a long-term contract with the Federal Passenger Company (FPC, part of Russian Railways) is a new model of locomotive-hauled passenger coaches with an increase in the length of the cabin and the width of the coach. Earlier Kirill Lipa announced plans to start deliveries of such coaches from 2023. 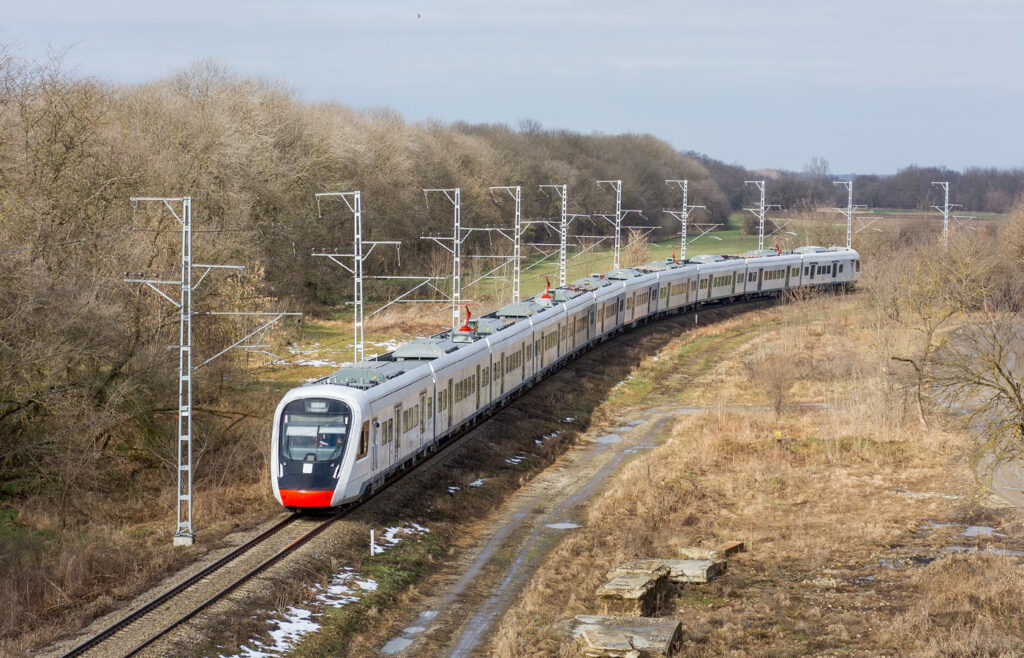 3️⃣ 1.45 bln RUR ($23 mln) for Demikhovo Engineering Works (DMZ). The project involves setting up the fully domestic production of gearboxes for urban and suburban electric trains, as well as metro trains. Earlier, Andrey Stepnov, CEO of DMZ, noted in a comment to the Delo blog that even before the EU and the US sanctions were strengthened, the rolling stock production by DMZ was localized in Russia by more than 90%. But the challenge with imported components remains, and it is planned to completely to get over it within 6-7 months. As the Ministry of Industry and Trade of Russia points out, as a result of the funded by IRF project implementation, electric trains by DMZ will be 100% assembled from Russian-made components. 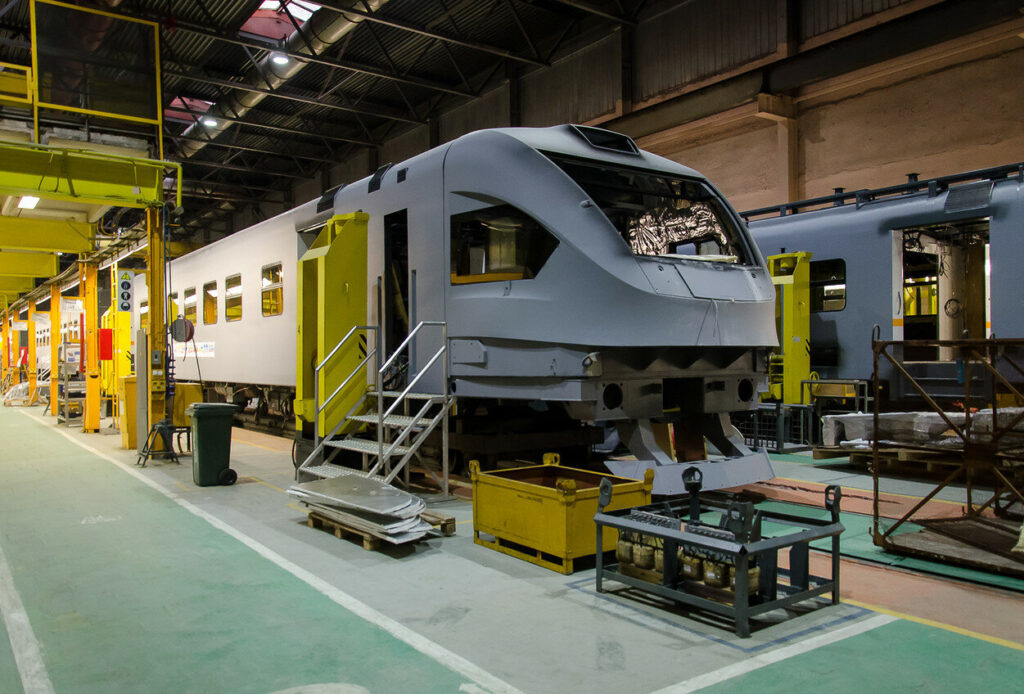 4️⃣ 1.12 bln RUR ($17 mln) for the Novocherkassk Electric Locomotive Plant (NEVZ). It is planned to revise the design documentation in order to ensure the production of modern locomotive with only domestically-produced components used. In 2020, TMH certified new 2ES5S and 3ES5S electric locomotives, which, according to the manufacturer, can reduce the life cycle cost by 18%, and the cost of electricity for traction by 20% compared with previous generations pf locomotives. At the same time, in an interview with Gudok in July, Deputy CEO and Head of the RZD Traction Directorate Oleg Valinsky, indicated that the operator refused to purchase 10 units of 3ES5S electric locomotives, stating a large share of imported components and “slightly better” characteristics relative to the mass produced 3ES5K locomotive. Also, in the summer of 2021, Kirill Lipa reported in an interview with the Railway Equipment Journal that RZD gave the task to TMH to develop new 2ES9 electric locomotive for the Eastern part of the Russian rail network within two years. 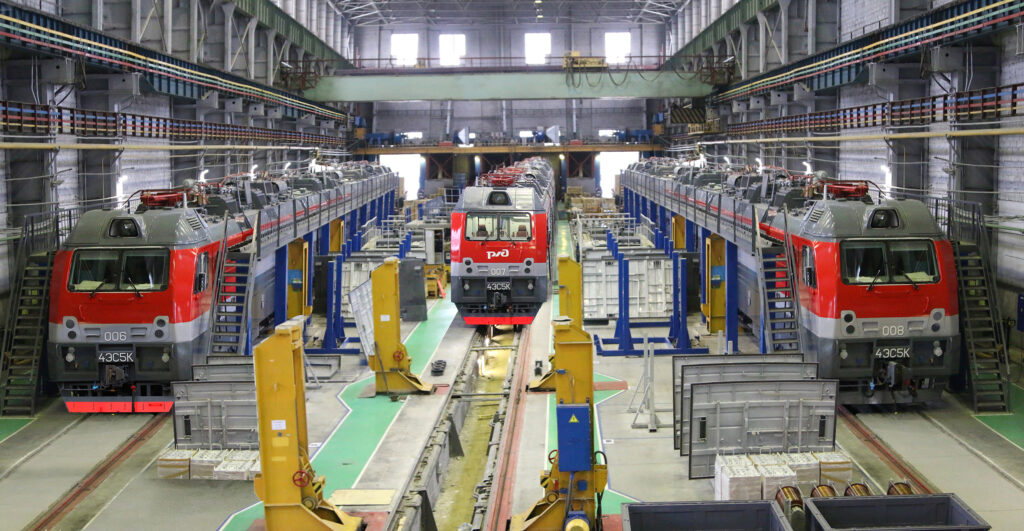 5️⃣ 1 bln RUR ($16 mln) for the Zavod AIT company (part of TMH Energy Solutions division). The funds will be used to develop the production of Li-Ion batteries for new hybrid shunting electric locomotives and cellular communication stations. The production capacity should be 4,200 batteries per year. In the past few years, on the same platform with the TEM23 shunter, TMH has been developing the EMKA2 locomotive, which involves the use of a hybrid traction system from a catenary and a battery. Earlier TMH noted that such vehicles will be in demand in large depots and at passenger stations. 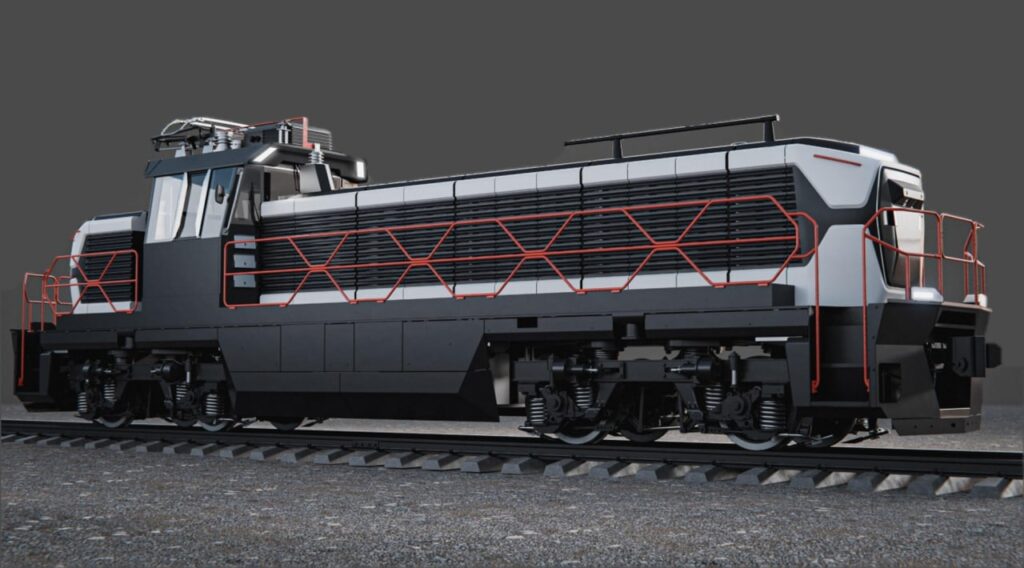 6️⃣ 1 bln RUR ($16 mln) for the TRACKS company (part of the Key Systems and Components Group, KSC). It is planned to create the production of scroll-type freon compressors with an integrated electric motor and fans with an external rotor for climatic equipment. 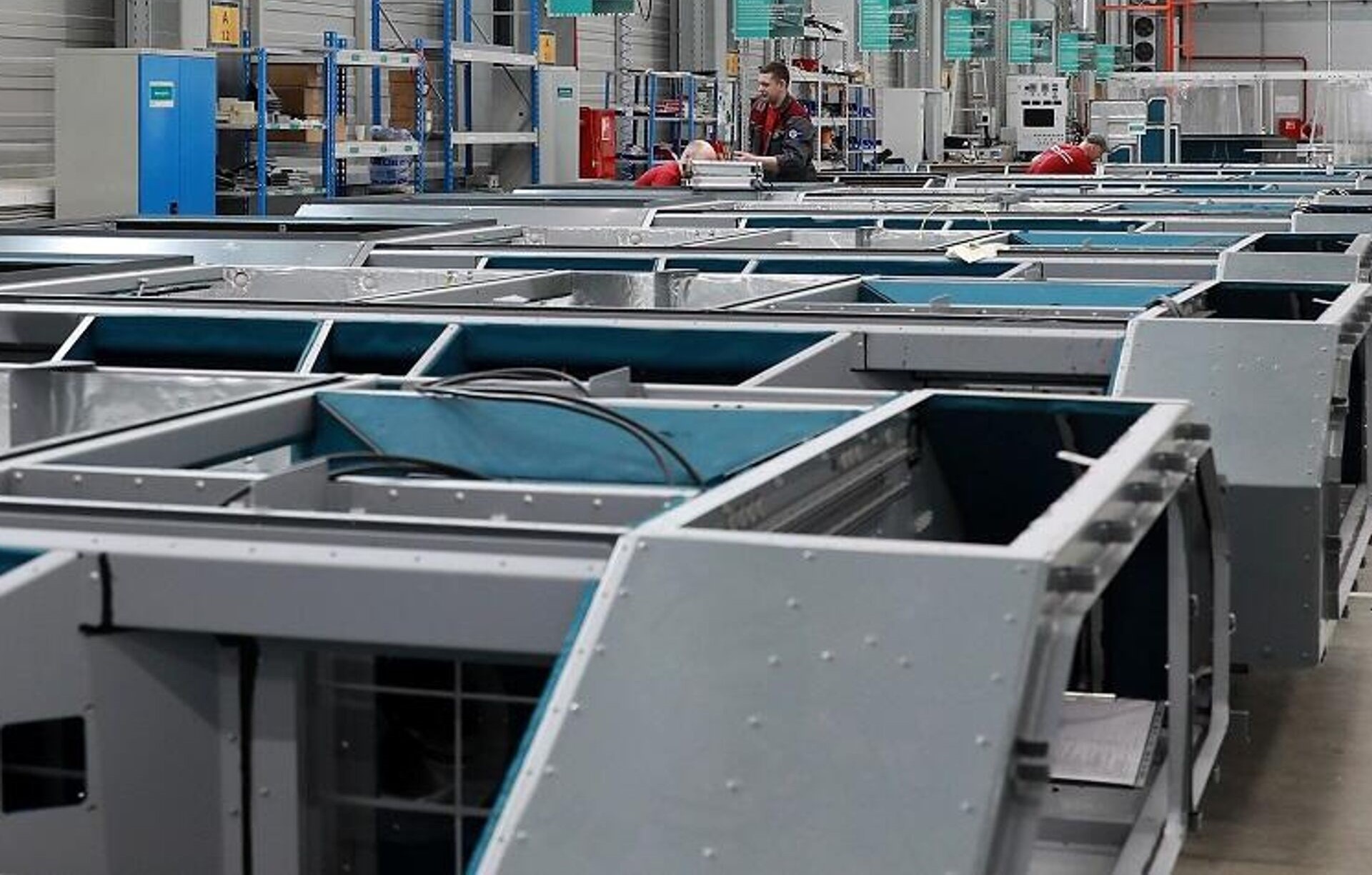 7️⃣ 157 mln RUR ($2.4 mln) for the Transport Completing Center (part of KSC). The company will execute the project of the component localization for inter-car gangways of multiple units. The production site is planned to be established in Voronezh, and should allow KSC to increase the gangways production up to 1,200 units per year. As to IDF, the level of the imported inter-car gangways in the Russian market is planned to decrease to 10%.