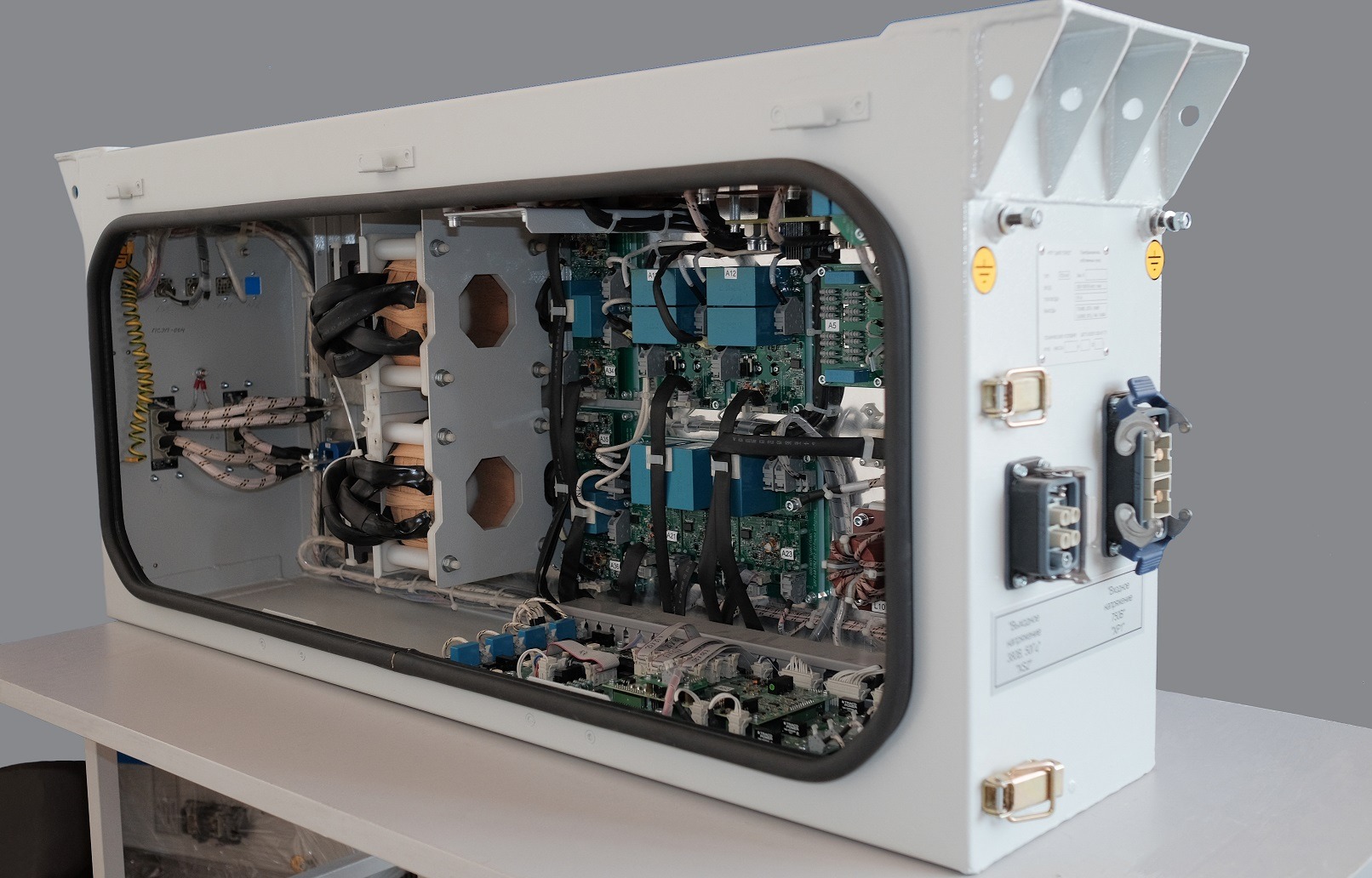 Russia: Auxiliary converter (AC) was developed by Key Systems and Components (KSC) for metro trains, which are planned to be purchased from Transmashholding (TMH) for St. Petersburg. It is also planned to create such components for electric trains and locomotives.

The technology was developed by the electrical engineering division of KSC together with a partner, the Cycle Plus company. KSC notes that the created AC is based on silicon carbide (SiC), is significantly lighter (-35%) and has significantly smaller dimensions (-27%) compared to the previous generation of such components. At the same time, energy losses at nominal parameters are lower by more than 18%, and efficiency is higher by 1.7%. The acoustic noise level has also been reduced.

According to Oleg Glazkov, director for new technology and technical development at the KSC Drive Systems branch, improved equipment performance was achieved through the use of the SiC MOSFET transistors based. “Unlike the silicon IGBTs currently in use, they have a higher chip temperature tolerance and significantly lower losses”, says Glazkov.

According to KSC, at the moment there is a dependence on imported components in the production of the new AC, since the component is built on microelectronics, but it is insignificant. “We see the ways to substitute it and are actively working on it”, the company stated.

The development of SiC AC prototypes took KSC about two years, but scientific research began much earlier. AC will be produced at the KSC site in the Moscow region. It is planned to produce up to 100 units of ACs in 2022. Based on the annual production of metro cars in Russia, KSC estimates the demand for SiC AC at the level of 400 units per year. At the same time, the company notes that the share of KSC’s presence in this market will depend on a number of conditions – price parameters, quality, delivery times, competitors’ offers, etc. After technology maturization, KSC plans to create SiC AC for other rolling stock: electric trains and locomotives. 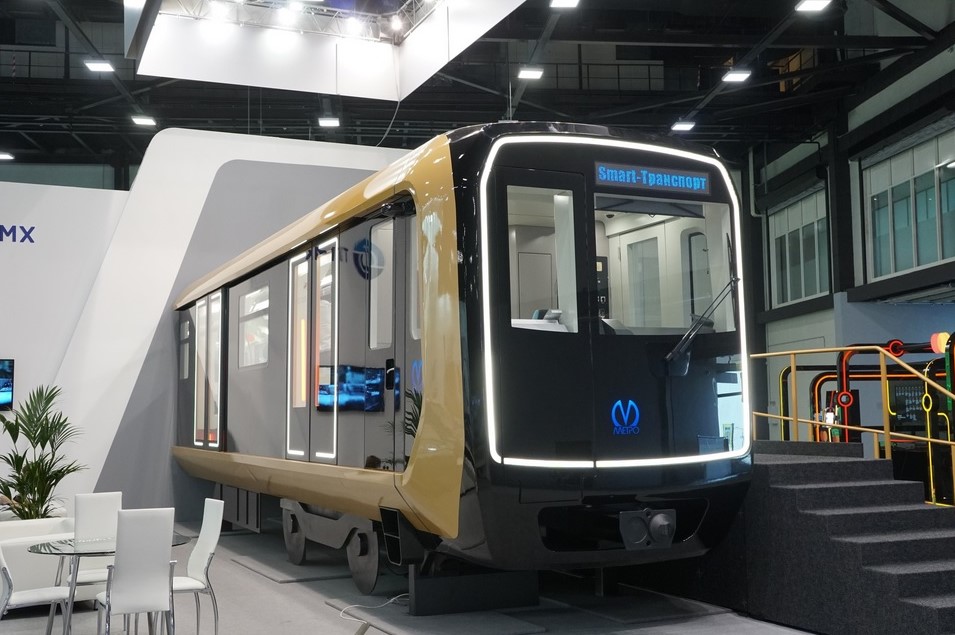 The project of the head car of a metro train for St. Petersburg, presented by TMH in 2019. Source: vk.com

The component is planned to be installed on the new Smart-2022 metro trains. The KSC indicates that this year it should be tested and go into serial operation. In 2021, Maxim Sokolov, Vice Governor of St. Petersburg, reported that Smart train is developed by TMH specifically for the city’s metro. This week the Government of the Russian Federation has approved the allocation of 96.9 bln RUR ($910 mln USD) from the National Wealth Fund for the purchase of 950 metro cars from TMH during 2022-2031. It shall allow to renew 50% of the Saint-Petersburg metro fleet.

At the end of last year, Siemens Mobility also reported on successful trials of the SiC semiconductor technology. Such semiconductors were installed on one of the two traction converters of the Avenio tram and were tested in Munich, Germany for a year. The tram passed 65 thsd km and showed that the applied technology provides a reduction in energy consumption by 10%, as well as a significant reduction in noise.